Entrepreneurial Lessons From Nearly 50 Years in the Pizza Business 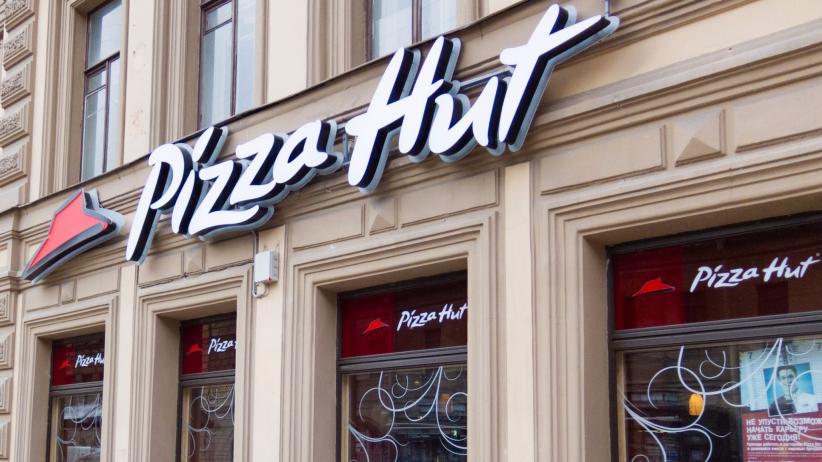 Bill Walsh likes to say that he has pizza sauce running through his veins. The franchisee entered the pizza business nearly five decades ago. He climbed through the ranks at Pizza Hut corporate, until the brand was purchased by PepsiCo in 1977. Walsh decided to continue his cheesy "labor of love" as a franchisee, becoming a partner of Daland Corporation, a company that today own 106 Pizza Hut restaurants. Here is what he has learned. 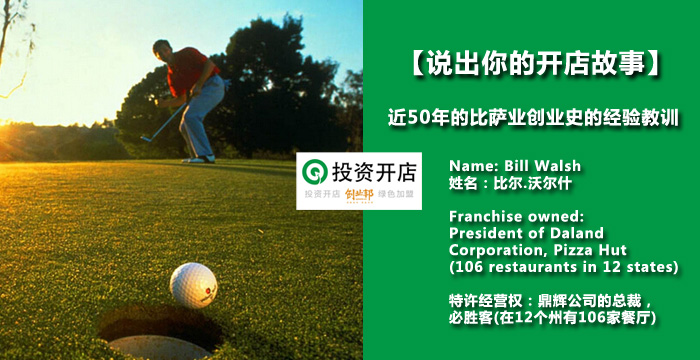 -How long have you owned a franchise?

-Why did you get into franchising?

It was an opportunity to own my own business.

-What were you doing before you became a franchise owner?

Working in a variety of roles at Pizza Hut, Inc. On Oct. 4, 1966, I started my Pizza Hut career for $0.50 an hour and all the beer I could drink as a freshman at Wichita State University. I thought I had died and gone to heaven. But, my father thought I was crazy because I had left an afternoon spot welding job where I was being paid $4.50 an hour. In January of 1967, I became the store manager at the Kellogg and Rock Road Pizza Hut in Wichita, where I earned $14,000 that year. In 1967, that was in the top 10 percent income bracket in the United States. It was one of the higher volume Pizza Hut restaurants at the time and I managed this restaurant until 1969 when I became an assistant area manager.

During this time, I had decided I loved the restaurant business so I changed my college major from English (I had always wanted to be a high school teacher) to Business Administration. In 1971, I moved to Charleston, W. Va. as an area manager for six restaurants that Pizza Hut, Inc. had just acquired from a franchisee. In 1972, I moved back to Wichita to become the director of training for Pizza Hut, Inc.

It was a perfect job. Pizza Hut, Inc. sent me to a number of management courses to gather the best learning at the time on planning, organizing, directing, staffing and controlling. I held that position for three years. During that time, the Training Department held over 30 classes a year to teach both company and franchise area general managers how to manage restaurants better with the goal being to improve sales and profits. In 1975 and 1976, I was the director of operations for the 600 company-owned restaurants in the eastern half of the United States. In 1977, I became the vice president of franchising. Virtually all of the United States had been franchised or was held for company development so my role was to help franchisees be more successful in their restaurant operations and assist them in making more money out of their enterprises. In October of 1977, Pizza Hut was acquired by PepsiCo and offered me a number of promotional opportunities in their other companies: Pepsi-Cola, Wilson Sporting Goods, etc. But, I was in love with the restaurant business and joined/invested in a 1/5 ownership in the Daland Corporation Franchise group in April of 1978.

-Why did you choose Pizza Hut?

David Novak, the former CEO of Yum Brands, once said, “It’s the food, stupid.” I believe he was and is correct. In the restaurant business, the key is the food… and I love the Pizza Hut food.

-How much would you estimate you spent before you were officially open for business?

Because I bought a percentage of an existing enterprise, my situation is a little bit different. Today, a delivery/carryout unit costs in the realm of $350,000 for the interior buildout in an existing commercial strip center/mall, equipment, beginning inventory and change fund.

-What were the most unexpected challenges of opening your franchise?

-What advice do you have for individuals who want to own their own franchise?

Make sure you are not just buying a job. Many franchises limit you in regard to the number of stores that you can own and operate.

-What’s next for you and your business?

I believe the pizza business and the Pizza Hut system will continue to be a great investment for many years to come. I anticipate growing our company with additional Pizza Hut restaurants. We will also continue to look at other restaurant opportunities.